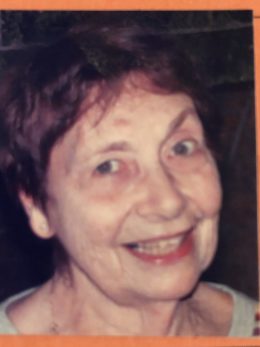 Phoebe Eisenberg, English teacher to generations of Monument Mountain Regional High School students, passed away at home, as she desired, in Stockbridge on August 27, 2021.  In her last week, although bedridden, she chatted with a former student who stopped by with a delivery.  Phoebe loved to see her students and hear what they were doing.

She was born on March 23, 1924 to David and Sylvia Rosenberg.  She had an idyllic childhood in the countryside of Mount Vernon, NY where she had a pony and her grandmother made Austrian pastries.  (Phoebe preferred meat and potatoes.)  Childhood opened her up to love the bucolic Berkshires, especially Great Barrington and Stockbridge where she had homes.  She spent most of her life here, after moving from Westchester in her 30s with her husband, Norman Eisenberg.  Phoebe always said Norman married her to share her New York City apartment with a private bathroom.

She earned a BA from Wells College and two Masters from NYU.  Phoebe was working on her doctorate when Norman was lured to the Berkshires by High Fidelity Magazine.  They left Westchester where Phoebe was teaching in Scarsdale and started life in Great Barrington.  She truly found her home in the Berkshires, extolling its charms to her first cousin and childhood playmate, Alan Frisch, who acquired a second home in Sheffield.

She started teaching at Monument Mountain where she founded the honors English program.  She loved exposing students to the world of literature and took her classes to myriad plays.  Here she also “adopted” the Gilligan children, many of whom were her students.  Phoebe and Norman were dear friends to Mary and Tom Gilligan, and truly second parents to their children.  Close neighbors, one of the nine children could often be found in her kitchen getting a snack or playing chess with Norman.  Each year they vacationed on Cape Cod together and Phoebe held a second Christmas for them-where Norman got to play with all the toys.

Phoebe and Norman were members of the cultural scene in the Berkshires.  Phoebe would often attend Tanglewood rehearsals.  Maestro Seiji Ozawa was known on occasion to consult with her from the podium.  She and Norman later bought a house in Stockbridge as they loved that village, getting mail from the Post Office, and chatting with the other locals.  Although their home was closer to Lenox than Stockbridge, they preferred the Stockbridge address.  The house was also so close to Tanglewood they could listen to concerts on their deck.

Norman’s work for Phillips-Norelco often took him to Europe where Phoebe accompanied him.  They loved to travel and brought back many treasures.  Norman died young.  After his death Phoebe continued her interest and engagement in the Berkshire arts, music, and theater scene with their long-time friend Larry Wasserman.

Phoebe had a zest for life and a mischievous sense of humor which will be fondly remembered by all who knew her.  Two quintessential Phoebe stories:

She looked forward each year to going out with a group of friends with March birthdays to the Hillsdale House in Hillsdale, NY.  The lure was the discount.  (It no longer exists in part due to this group.)  However old they became, they got that percentage off the bill!

A car zoomed past Phoebe on Route 7 and she gave the driver the finger.  Shortly afterwards both cars were at the same gas station and the driver approached Phoebe.  He told her, “Let me show you how to give someone the finger.”  Phoebe had used her thumb.

The family wishes to thank her caregivers whose kindness and attentiveness allowed her to spend her last months in her home:  Nancy Kinna, Sandy Van Deusen, Martina Ortiz and Mieko Kopiec.

Phoebe will be sorely missed.  Burial was private with arrangements handled by Birches-Roy Funeral Home.  A memorial service will be held when COVID concerns have abate.  Share a smile and a laugh in Phoebe’s memory. Condolences may be made through birchesroyfuneralservices.com.